With the launch of the new SMS Autoresponders, we’ve had a lot of questions about how businesses could use this feature to generate new leads. Well instead of speaking in the hypothetical, we found the following SMS campaign running on Hulu, which is a great example of how to use SMS to generate new leads on TV.

In the advertisement, it tells viewers to text HULU1 to 94576 to receive more information about the International Academy of Design & Technology. If IADT was using Tatango they would not only be able to send basic information via text message to the viewer, but each viewer’s mobile phone number would then be sent directly to someone at IADT to schedule a follow up phone call. So not only is IADT allowing viewers to request real time information about their programs to their mobile phones, they are also collecting valuable leads.

* After I wrote this blog post, I actually texted HULU1 to 94576 and realized their SMS campaign was broken as I didn’t receive anything in response until 12 hours later. Hey IADT, want your SMS campaign to actually work? Drop us a note here, and we can help you. 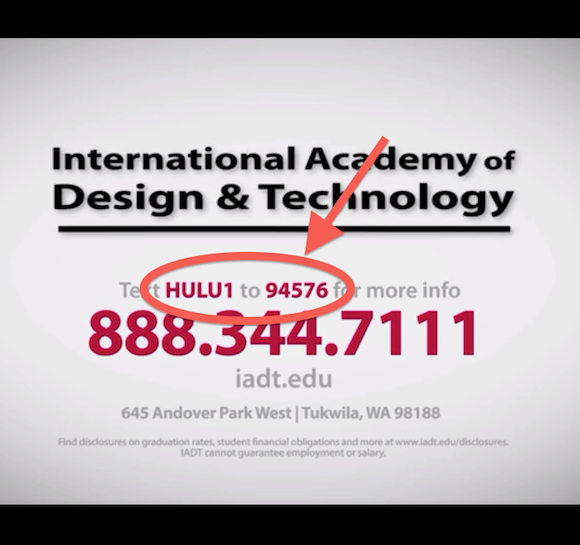 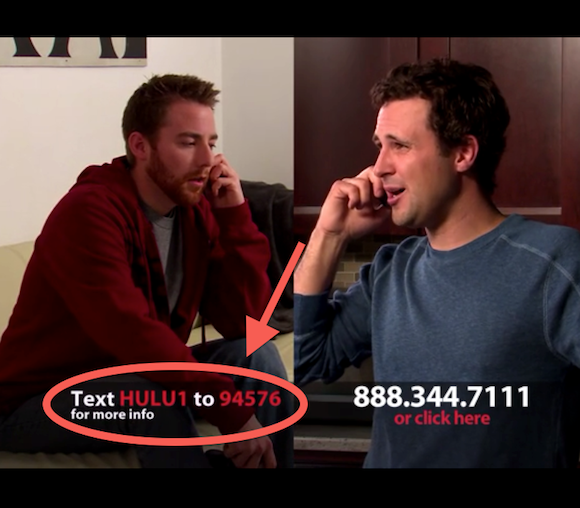