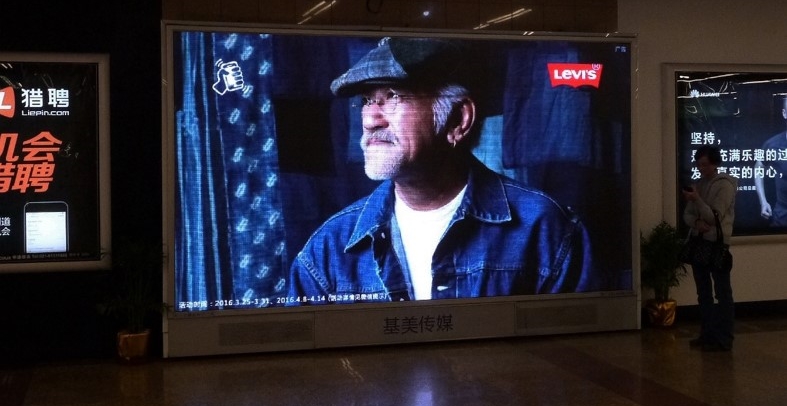 Levi’s was facing a huge brand perception problem amongst Chinese targets. The fundamental issue was that the brand didn’t excite or inspire the younger generation. Levi’s had lost its denim leadership to rival Lee in China’s lower tier cities.

It had to do something different. So instead of telling Chinese Millennials what it meant to be original, OMD China and Levi’s handed over complete reign of ad creation and inspired them to create their very own version of Levi’s ‘We Are Original’ campaign. The wave of originality spread faster through peer groups than a regular ad campaign, and coming from Millennials themselves also carried a much more trusted message.

Consumers could then invent an original strapline, to pair with their Levi’s image directly on QQ Music, and then share it. So every message became an individual story told through WeChat: an expressive image, original statement and song, to get their friends inspired. Offline, the campaign invited China’s youths to star in their own Levi’s poster, striking a pose to show their originality. Scanning a QR code on their phones made these posters shareable.

The campaign really caught young consumer’s imagination: over 2.6m Levi’s ads were created by Millennials in just two weeks, and the campaign achieved an additional 2.9m consumer engagements in the form of likes, forwards, comments and shares.

These individuals are disconnected from traditional media and overexposed to duty free advertising throughout airport terminals, so the goal was to generate branding exposure and boost performance by increasing sales of Polo Red Ralph Lauren perfumes within duty free areas.

A geo-fence was created within the airport to capture targeted device IDs, tracking and targeting them from Brazil to Miami and back again. A combination of interstitial, video, and banner ad formats were deployed to captivate the target audience. Both Android and iOS showed a ‘store locator’ call-to-action, with an ‘add to Passbook’ option for iOS specifically.

RTB premium ad inventory was utilised for the campaign, optimising of each ad impression based on specific indicators such as device language and connection type. S4M was able to ensure the ads were not delivered in an unobtrusive way by ensuring the ads were delivered to only intended individuals through user targeting and geographic data.