Chinese outbound travelers totaled 122 million trips, up 4.3% YoY according to China Internet Watch. As Chinese people are very tech-savvy and highly mobile-centric, targeting them on their mobile became an important mission for advertising companies, following the digital footsteps of Chinese tourists to overseas travel destinations.

“Cross-border mobile marketing is predicted to have a strong growth in the coming decades as marketers are desperate to broaden their customer base and revenue streams, rather than solely maintain local markets,” said Victor Wu, CEO at Vpon Big Data Group. 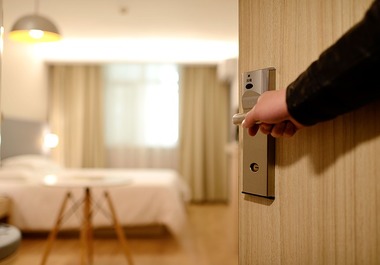 1. Japan is the most popular destination and Thailand is next

2. The best times to send travel information is early morning and late evening

Morning time (5 a.m. – 9 a.m.) and night time (8 p.m. – 11 p.m.) have shown the highest traffic, hence companies can send out ads at this time. On the other hand, it is wise to not disturb Chinese tourists during the daytime as they may ignore their phones while sightseeing.

3. Greater China travelers spend the most and are the most connected

Chinese tourists were highly connected to mobile throughout the day and they had a higher acceptance toward mobile ads during the trip, such as mobile ads showing discount or special promotion with clear call-to-action, leading to a high click-through-rate (CTR) which is 25% higher than in Japan than in home origins. CTR of Greater China tourists increased 59% percent during the trip compared before the trip, while tourists from Taiwan increased 20% and tourists from Hong Kong increased 7% higher CTR.

4. Mobile advertising inventory has been dominated by India, Japan, and China

The top 3 mobile ad markets are India, Japan, and China, taking up to 60% of the total biddable inventory. As for effective cost per mille (eCPM), the Greater China region and Indonesia have shown the lower cost for mobile ads. With the limits in the biddable inventory, New Zealand, Singapore, and Australia’s eCPM ranked top.