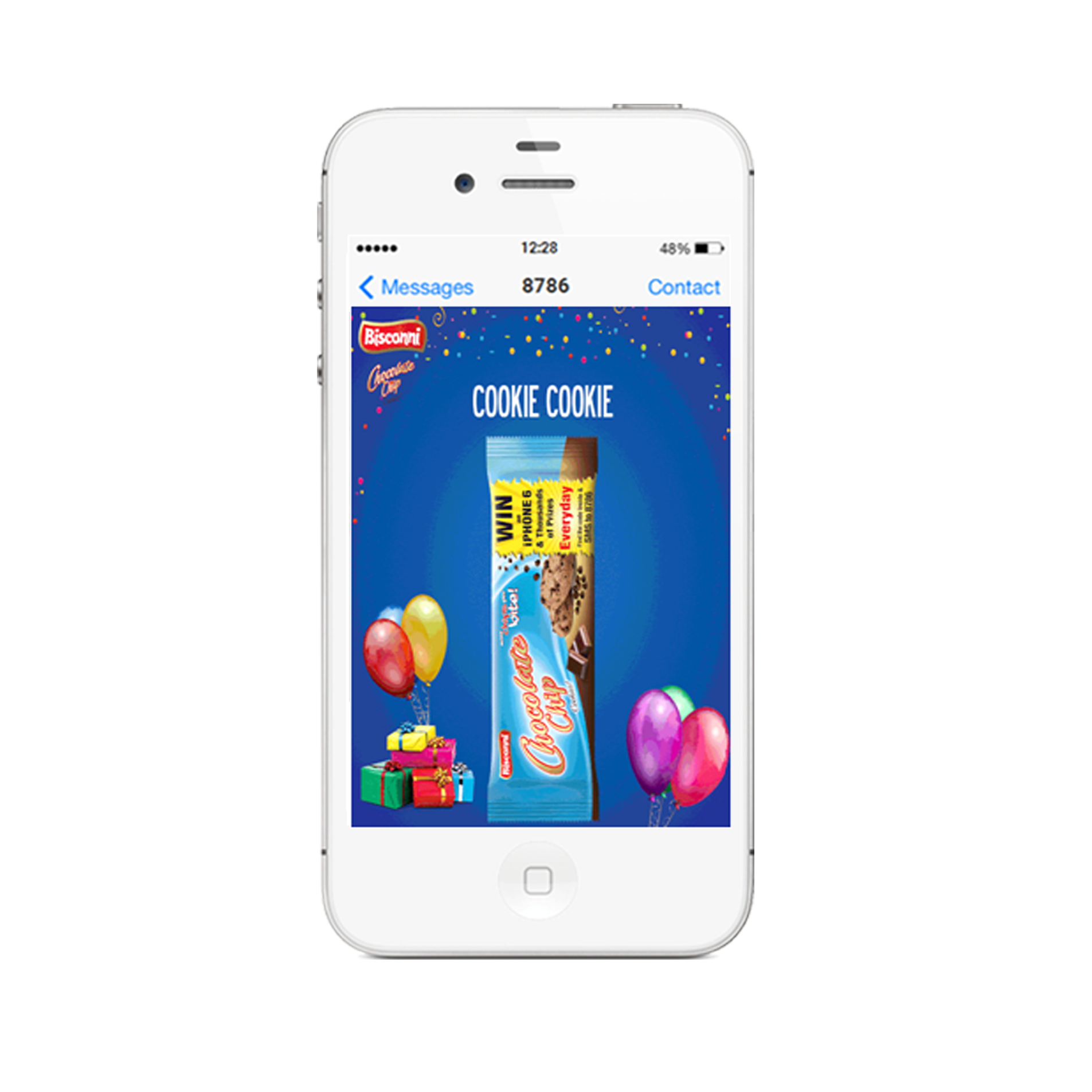 MAd helped to design a campaign by offering incentive (Rs 30 topup) to customers who purchased ticky packs for 3 months. Bisconni further enhanced the campaign by giving away 70 iPhones to shortlisted winners. Campaign was promoted through a dedicated TVC and across Facebook.

Six hundred thousand unique codes were created by MAd, hosted and shared via encrypted email to only one dedicated person working for Bisconni. The unique codes were printed by the Bisconni team and included instructions on how to claim the mobile topup via sms to 8786. These printed codes were then inserted into a percentage of the packs and distributed randomly into various markets across Pakistan. The campaign was promoted on media and when purchased the customer was informed either to “try again” or in the event of winning to text the unique code to 8786 in return for Rs30 topup which was instantaneously credited to their balance. Winners were also informed that they had a chance to win a iPhone.