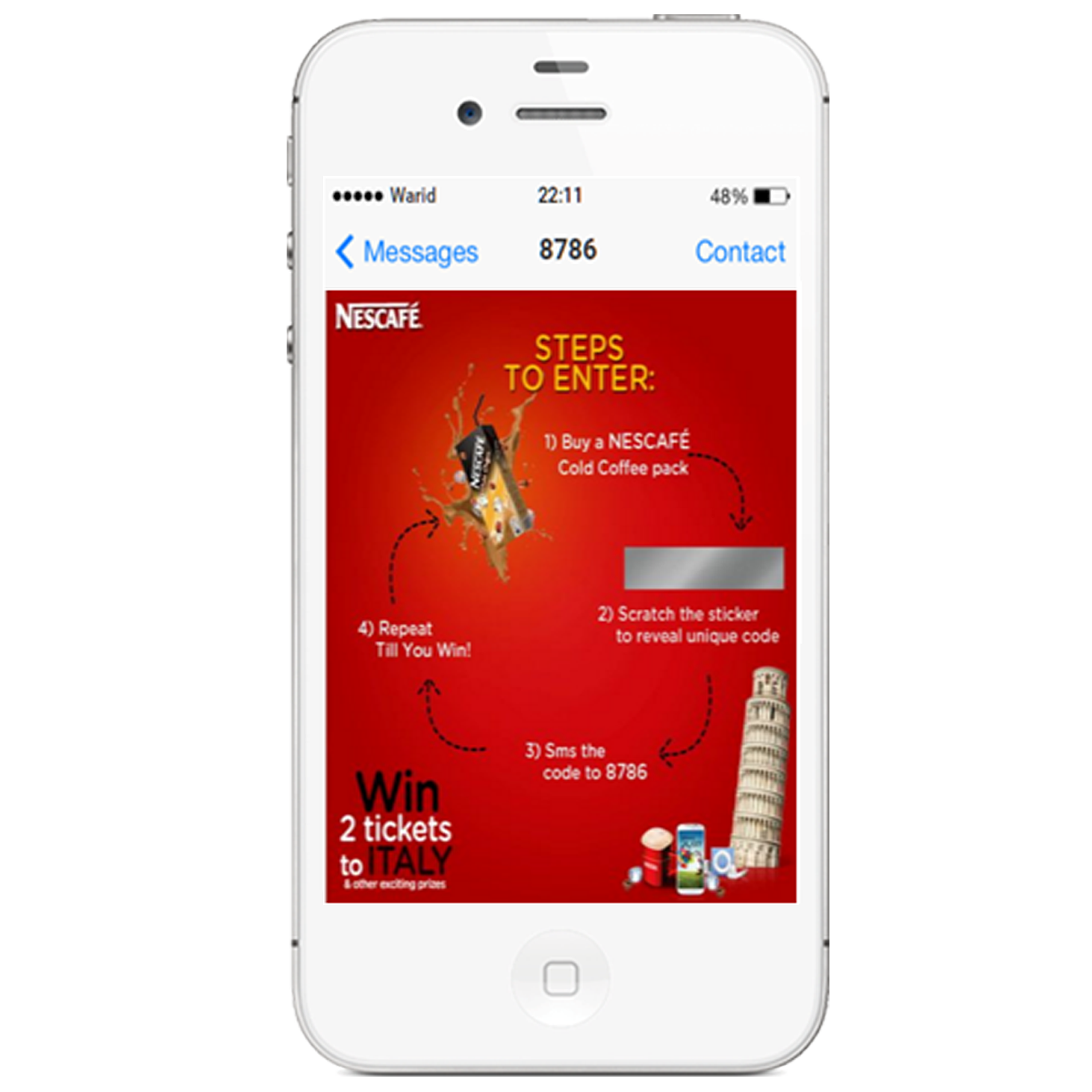 Nestle Nescafe team wanted to create awareness regarding their new product Nescafe Cold Coffee. Nescafe team also had an ambition to reach the young and affluent audience across the country. Furthermore, they wanted to have utmost interaction with them. The quest for Nescafe team to have such an ideal solution that is interactive and viral in line with awareness oriented was fulfilled when MAd stepped in and took the challenge.

MAd team designed SMS based incentivized solution to not only fulfil their quest but rather to exceed their expectations with an augmented solution for data collection and two way consumer engagement to support social media and press ads.