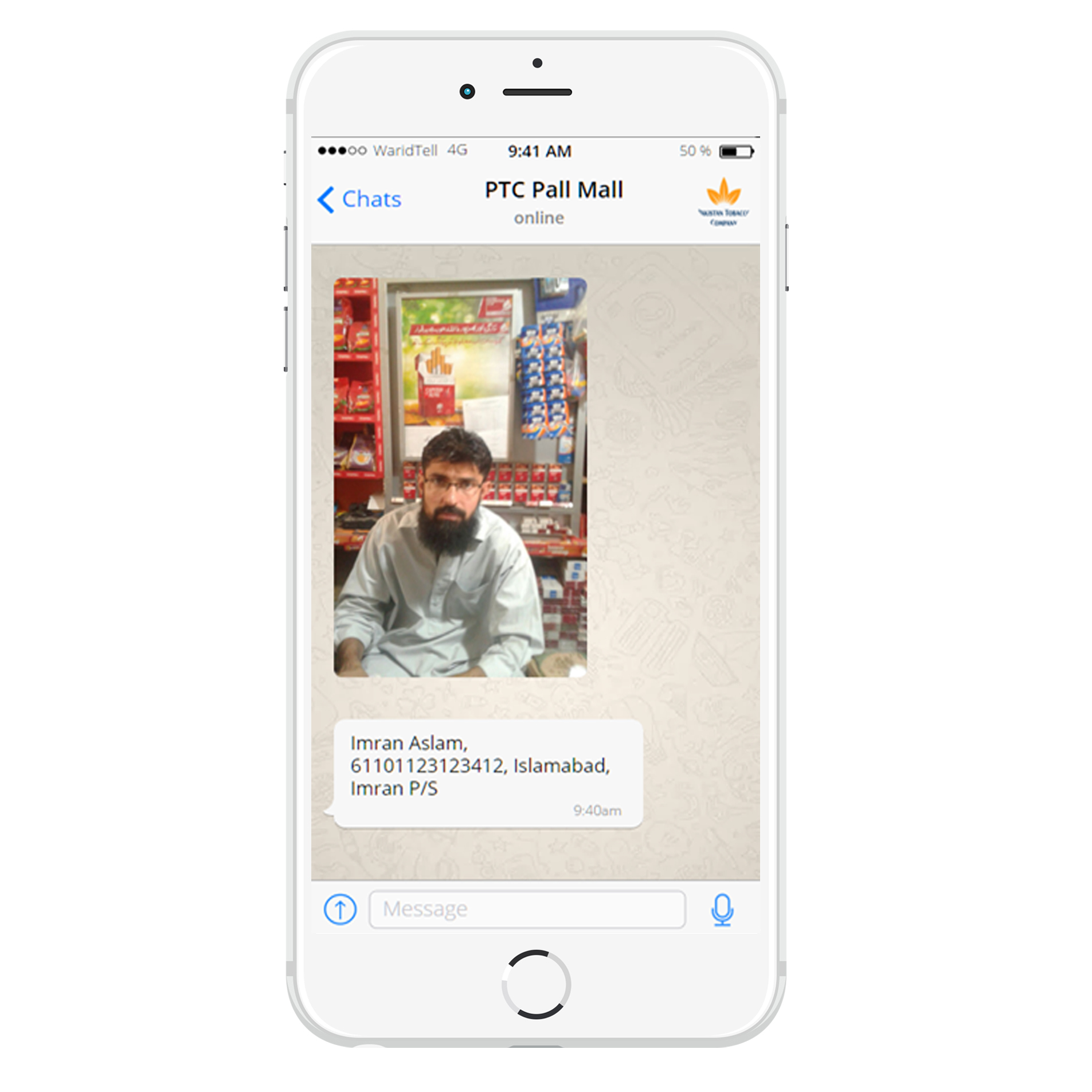 Pakistan Tobacco Company wanted to promote Capstan and Re-Brand (Pall Mall). They also wanted to collect the data of their retailers all over the country and motivate them to promote Pall Mall in their shops.

The Mobile Advantage Company proposed a solution by using WhatsApp and SMS to engage their retailers. The campaign was designed in such a way that the retailers will send Selfies, Jingles and Videos on WhatsApp along with Name, CNIC, Shop Name and Mobile Number. The same campaign was also replicated on SMS Short-Code without Multimedia content to gather as many data as possible. MAD developed a GUI where WhatsApp & SMS hits are consolidated in form of reports (consolidated based on Mobile Number)

The result of the campaign was shocking, we received more hits on WhatsApp as compared to SMS. It was one of a kind campaign using WhatsApp. It was greatly appreciated by PTC Management and Teams as other agencies failed to deliver such a campaign on WhatsApp.