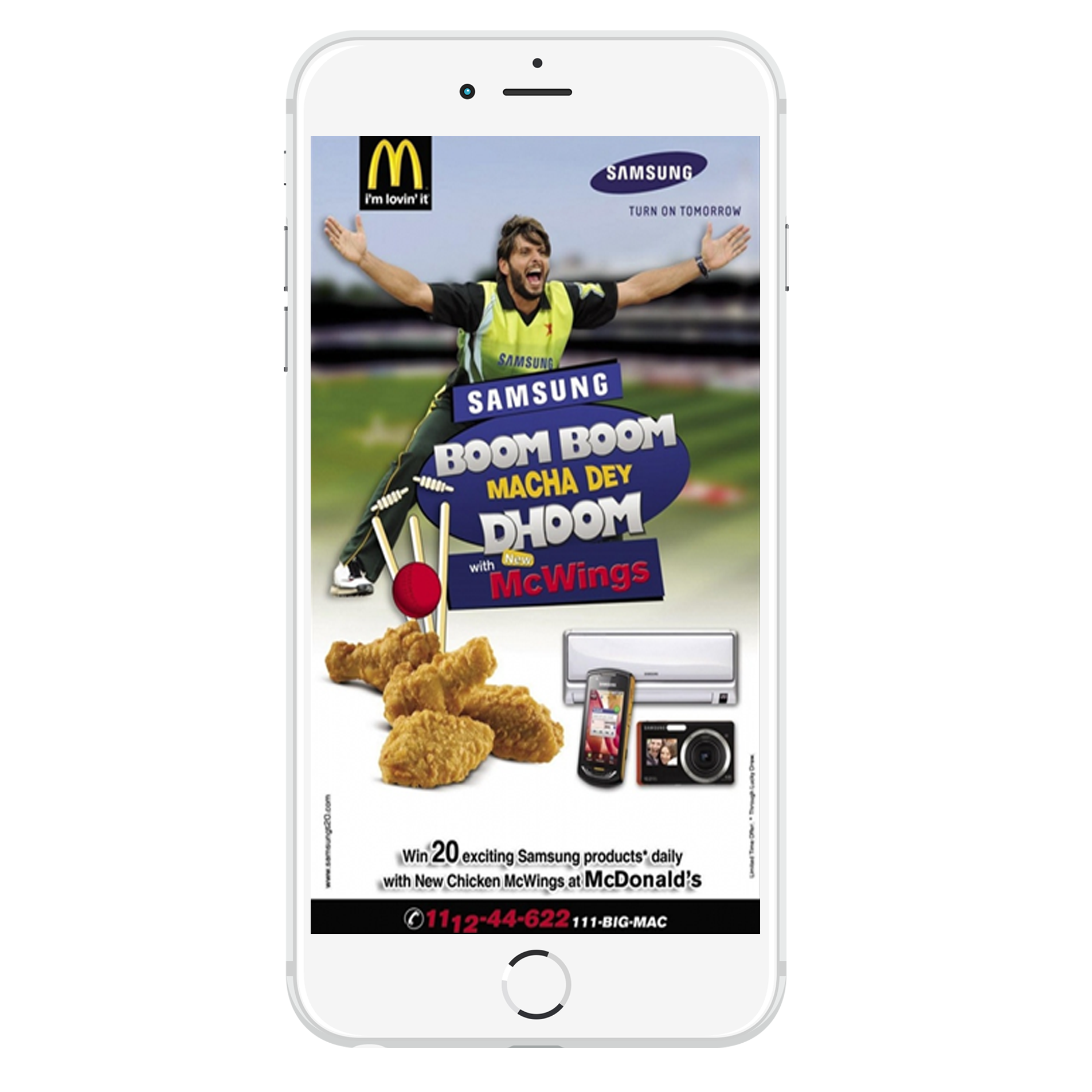 MAD proposed a solution to send a masked SMS from SAMSUNG informing them of the special promotion and in return asking them of their favourite Samsung product to the target audience which was identified by the selected Mobile Network Operators across five major cities.

After the launch of campaign, the audience started to respond. SAMSUNG received thousands of SMS received from cricket fans wanting a chance to meet Shahid Afridi and Samsung product preferences were also identified with specific consumers requesting more details on their preferred Samsung products.