Are you looking for a good text message marketing case study? If so, you’re in luck because recently Seattle Sun Tan launched their salon text messaging campaign, and in just the first 30 days generated almost $200,000 in new revenue. The best part about this story is that Seattle Sun Tan didn’t have an existing database of customers’ mobile phone numbers, which means they grew their subscriber database from zero to 4,774 in only a month. 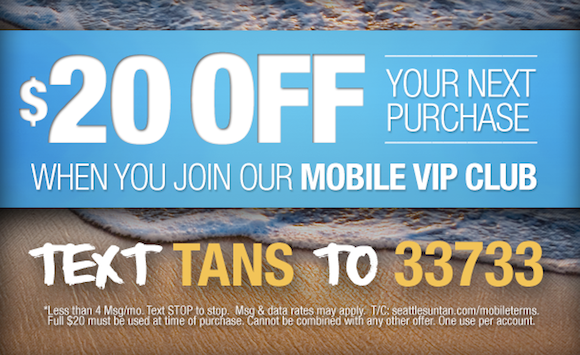 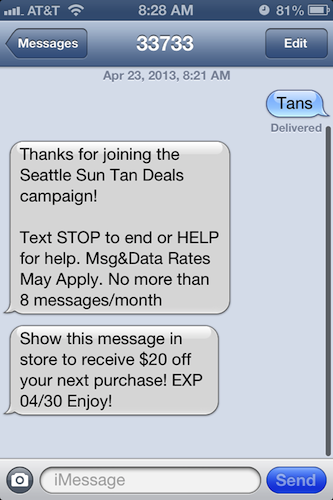 Was Seattle Sun Tan concerned about people opting into the Mobile VIP Club just for the initial offer, then opting out? Yes, and what business wouldn’t be if they’re offering an initial offer as attractive as $20 off a next purchase. To calm their fears, we explained that on average the amount of people that opt-in to a mobile club with a strong initial incentive like Seattle Sun Tan was offering, then opted-out within 24 hours was between 1.3 – 6.1%. That means for every 100 people that opted-in to join their Mobile VIP Club, they could expect to retain between 94-99 new subscribers, or 98 if they took the average opt-out rate which sits at 2.3%.